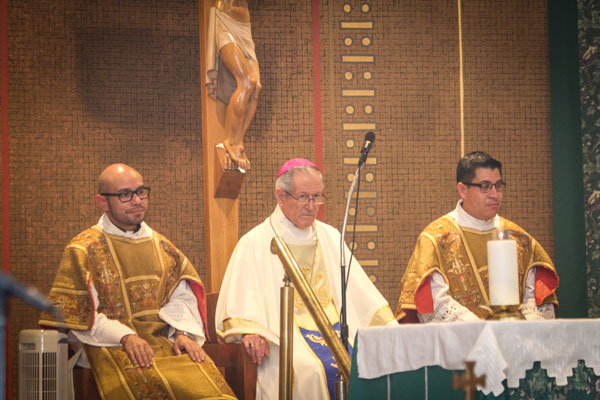 Three ordinations to Diaconate in second half of 2016

On June 10, 2016, Claretian Seminarian Frank Hernández, CMF (see photo at right) was ordained to the Order of Deacon at the hands of Auxiliary Bishop John R. Manz of the Archdiocese of Chicago at St. Anthony Padua Catholic Church in Cicero, Illinois.  The ordination took place on the last day of the Claretians’ Province Encounter, which made it possible for many of his Claretian brothers, family, and friends to share in the ceremony.

Two more Seminarians were ordained later in the year(see photo above).  On November 05, 2016, Byron Macias, CMF and Francisco Javier Reyes, CMF were ordained to the Order of Deacon at the hands of the Most Reverend Plácido Rodríguez, C.M.F., Bishop of Lubbock (Texas) during a celebration Mass held at Immaculate Heart of Mary Parish on the southwest side of Chicago.  Family, friends, and their Claretian brothers were in attendance to mark this significant step for both of them.  After Mass, a dinner reception was held at the Holy Cross parish hall. (pictured left to right B. Macias/Bishop Plácido /FJ Reyes) 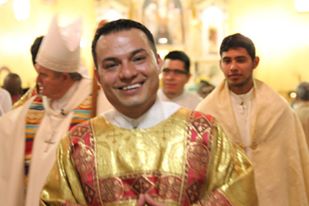