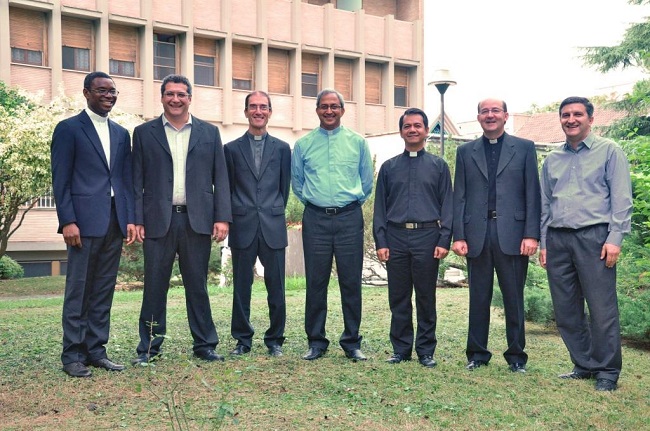 Claretians Elect New Council and Have Audience with the Pope

In early September, 2015, during the General Chapter, our Congregation elected council new members to serve in our General Government in Rome. They will serve in these positions until 2021. Meet our new council members, pictured left to right in the photo above:

On September 11, 2015, shortly after the new Superior General and his council were elected, his Holy Father, Pope Francis, received the new council and all Claretians attending the General Chapter in the Consistorio Hall at the Vatican. At the beginning of the audience, Father General Vattamattam, CMF, greeted the Holy Father, manifesting to him the closeness and support of the Congregation in the Mission of the Church. 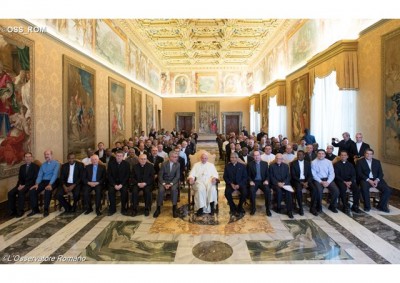 The Claretian General Chapter with his Holy Father, Pope Francis. Fr. Josep Abella, CMF, and Fr. Mathew Vattamattam,CMF, are seated right and left of the Pope.

The response of the Holy Father was clear and generous.  With a festive and familiar tone, he invited the Claretians to live emphatically with the verbs: “To adore, to walk, and to accompany.” Read Pope Francis’ full remarks here.