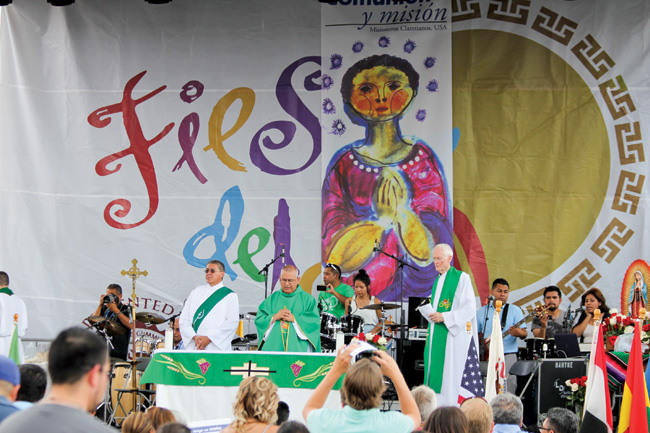 Rain did not stop thousands of faithful in the largest Hispanic community in the Midwest from gathering in a Mass in honor of DREAMers, immigrants, and the undocumented children from Central America held in federal detention and processing facilities. The Mass was presided by Fr. Rosendo Urrabazo, CMF, Provincial Superior, Claretian Missionaries, USA-Canada Province; and concelebrated by Fr. Benjamin Romero-Arrieta, CMF, pastor of our Lady of Guadalupe in Chicago, and Fr. Mark Brummel, CMF, Provincial Treasurer and Director of the National Shrine of St. Jude.

In his homily, Fr. Rosendo spoke of these DREAMers. “We remember in a special way during our Mass the many young people who were brought here as children and have grown up in our schools, pledged allegiance to our flag, and who want to continue their education and take their place among the citizens of this great land. We call them dreamers, for they have been raised to believe in the American Dream. They are citizens in their hearts and minds. Now we ask Congress to make them citizens under the law; give them a path toward citizenship; let them continue their education; let them live in peace in our country, which is also their country.”

Claretian Missionaries were invited by the Pilsen Neighbors Community Council (PNCC) to celebrate an outdoor Mass at Fiesta del Sol, a four-day event that attracts over 1.2 million people each year and celebrates family and culture. This was the first time in Fiesta del Sol’s 42-year history that the liturgy was celebrated as part of the event. “We made history today at Fiesta thanks to the Claretians,” said Juan F. Soto, Executive Director of PNCC.

The Claretians’ Hispanic Ministry Resource Center spent nine months planning and coordinating the logistics for this historic celebration with Claretian Missionaries, PNCC, Enreda-T, Tribeza, the Marimba Band from Holy Cross/Immaculate Heart of Mary Parish, representatives from the Archdiocese of Chicago’s Office of Immigrant Affairs and Immigrant Education, and Deacons from the Archdiocese of Chicago, and a long list of volunteers.

The procession for the Mass was a mile long and included DREAMers and their families bearing flags from 40 countries and carrying posters portraying the stories of a dozen DREAMers—each with an image of the Statue of Liberty. The Mass received widespread media coverage in Spanish and English. 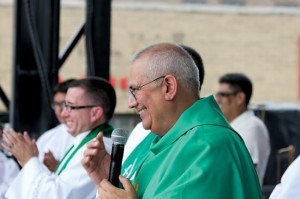 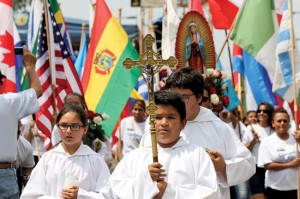 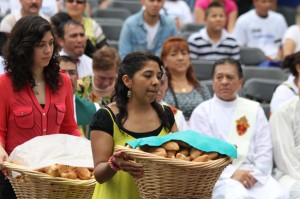