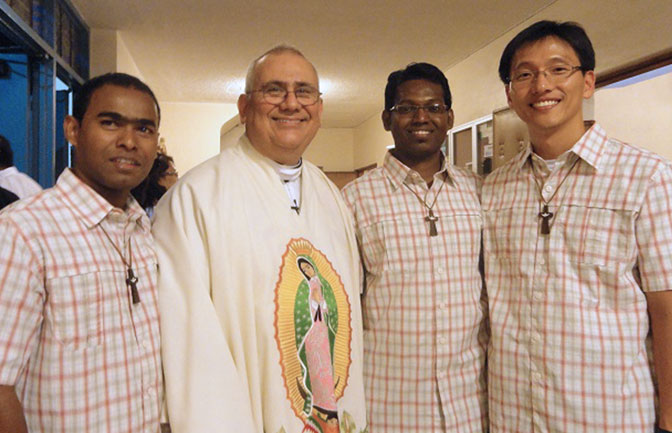 On Friday, August 15th, 2014, at San Gabriel Mission, three seminarians made their perpetual profession of vows. They are Paulus Marandi, cmf, Sahaya R. Peter, cmf (from the Province of Chennai, India), and Michael J. Park, cmf (from the Independent Delegation of South Korea).

For each of these men it has been a long path of learning, growing, and listening to the Word of God. They are also a reflection of our growing province and how we are becoming more international. Here they share a little bit about their lives and why they chose to be a part of the Claretian family.

I grew up in rural Babupur, a little village in northern India, and studied and lived at a Catholic mission school. During my school days, I admired some missionary priests from South India who made me want to become like them. One day, a Claretian priest came to my school and talked about the Claretian Congregation. I then attended the Claretian vocation camp that year and joined the Claretians in 2002 at the age of 16, soon after completing high school.

I came to the U.S. in August 2013 at the request of our General Superior. I am now in the period of adapting to this new culture. I would like to make use of my remaining years of formation courteously and devoutly, so as to be formed into a better Claretian missionary, available for any ministry that is assigned by the province. There have been moments when I felt a vocational crisis, but God kept me still and let me follow Him in this Congregation.

Growing up in a traditional Catholic locality in Kanyakumari, India, I used to look up to the priests and the religious for their holistic service in the parish. I neither remember any specific moment nor any mysterious call from God which made me pursue the priestly life, although a couple of incidents illumined me. After consulting with my family, I entered the Claretian Congregation in 2004 at Claret Illam, Kumbakonam, where I was initiated into the spirit of our Founder, St. Claret.

As soon as I obtained my theological degree in 2012, I was appointed to KAVASAM, Vilupuram—a Holistic Healing Center using reflexology, acupuncture, naturopathy, and varma—as part of a mission experience. My experience in KAVASAM changed my perspectives of the human, the cosmos, and God, and I brought that experience with me to the U.S. When I reflect on my vocation, to be honest, I do not remember how God called me; however, I know for sure why God called me.

I was born in Seoul, Korea, and grew up interested in science, which led me to study physics and electric engineering in school. After school, I started working at a research institute; but as time went by, I wasn’t satisfied with my work and realized that God was calling me to a different vocation. This was when I began the discernment process.

During this process, I spent a year in New Zealand with a lay missionary group. This was a very meaningful experience, and I found a new enthusiasm in my heart. I was sure that He was calling me to missionary life.

After coming back to Korea, I decided to live the missionary life with the Claretians and then made my first profession in 2010. The same year I began studying philosophy and theology. Now I’m enjoying studying the theology of mission as well as living the missionary life in a Chicago community. I also look forward to making my final profession. I just pray that I become His true disciple and missionary through this journey. 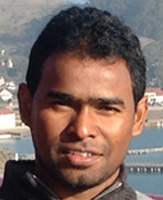 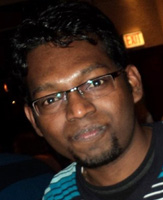 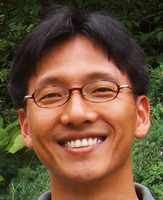